As with all other objects in life, the extended exposure to certain shapes and forms cultivates a defined set of ‘rules’ with which we identify, unknowingly creating standards of how things should be designed within our mind’s eye.

While familiarity brings comfort, it often shuts off the creative side of our brain that has been numbed after years of accepting what it should be, instead of what it could have been.

There are a number of watch companies who constantly push the boundaries for what makes a watch: MB&F, Urwerk and Azimuth (founded by a Singaporean) to name a few.

As you may have guessed it, these machines – which actually sound more appropriate than calling them watches – come with astronomical price tags, and therein lies the allure of XERIC – a microbrand founded by watch curator turned creator, Watchismo.

The XERIC brand is the brainchild of a team from San Francisco who started out sourcing for ‘odd-looking’ watches around the world and selling them through a single point via their website (www.watchismo.com) and one day, decided to translate all the funky ideas they had into creations they can call their own.

They’ve launched 3 previous models to great success through Kickstarter and the SOLOSCOPE is their latest project. 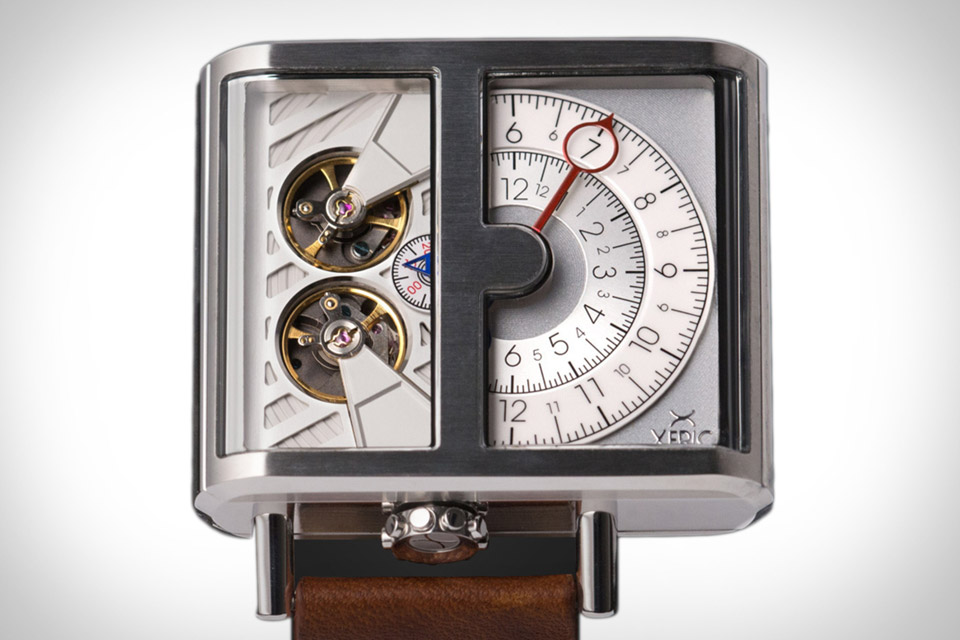 The disorientation you feel at first glance is forgivingly normal; we just aren’t wired to read time like this.

The hours and minutes are displayed on the right side of the case: outer track (6 to 12 o’clock) and inner track (12 o’clock to 6 o’clock).

There is just one single ‘halo’ hand characterized by the circle at the end with an arrow tip protruding forward. The halo is present on both ends of the hand though you are unable to see the shorter end (which tracks the inner time track) as it’s concealed by the plate on the left. 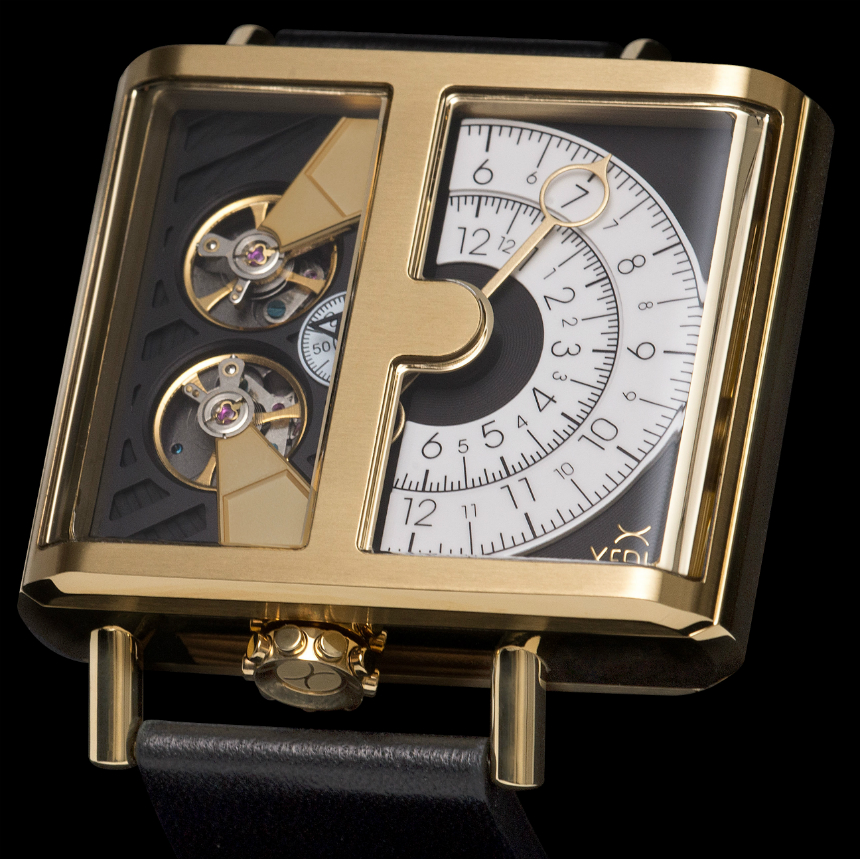 The repetition of each hour in a smaller font is purely aesthetical to allow the halo to hover directly over it twice per hour. Reading the minute takes a little getting used to and is done so by looking at the arrow tip with each index marking denoting 15 minutes; the time displayed above is approximately 7.10 pm.

On the left portion of the watch, there’s a revolving disc displaying the passage of 60 seconds with a stationary black arrow head. The open display of the 2 oscillating balance wheels makes the SOLOSCOPE stand out more prominently (as if it wasn’t already so).

All versions of the SOLOSCOPE come in stainless steel and the case is a bulky 49 mm wide and 13 mm thick, which is hardly a problem; you’d hardly buy this watch and try to keep it concealed within your sleeves, yes?

An automatic movement, the PTS S05, from Hong Kong is used and it comes with a power reserve of 38 hours.

While I applaud the creative effort and what XERIC is doing in general (which is a lot to say for Kickstarter watches that are oftentimes bland and uninspiring), the SOLOSCOPE is too ‘out there’ for me and the off-centre placement of the strap doesn’t sit well with me too.

That said, there exists a lot of people who don’t think like me, which is a good thing by the way; takes all kinds to make the world a better place through the constant evolving and mish-mashing of ideas.

Their Kickstarter project has already exceeded way over the original amount asked for but it is not too late to jump on the bandwagon now. I believe that if you like what you see, you would have a lot of fun with the XERIC SOLOSCOPE.

Pledge your funds and buy one here: www.kickstarter.com/projects/watchismo/xeric-soloscope

To check out older but no less funky models from XERIC: http://www.xericwatches.com

For more of the company, Watchismo, and the other funky brands they carry: https://www.watchismo.com/